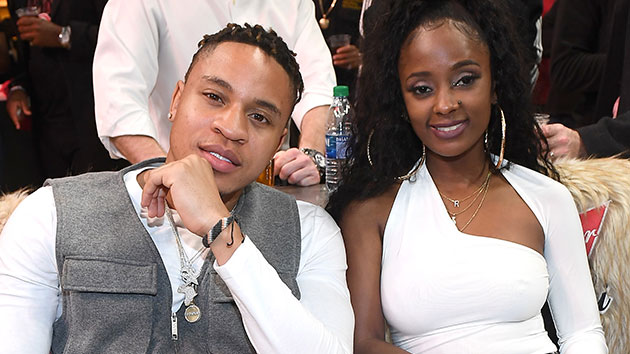 After five years of prayer, Rotimi has proposed to his girlfriend, Vanessa Mdee.

In an Instagram post Thursday, the R&B singer and Power star shared a video of the gigantic, stunning ringhe presented to his “angel” of nearly two years.

“She said YES! You are my everything. My angel,” Rotini wrote. “In 2015, I prayed that whoever my wife was going to be and wherever she was at the moment I hoped that she was happy, having a good day and receiving GOD’S abundance. Fast forward… YOU… you make me such a better man.. Im in debt to GOD For you. I will pay him back by loving you & giving you everything that you deserve.”

On Instagram, where Rotimi goes by the nickname Mr. Butterscotch, he wrote “Mrs. Butterscotch” as the caption to a video of the two hugging after the rooftop proposal, as the soon-to-be bride jumps up and down.

Rotimi and Mdee have been together for nearly two years after meeting at the Essence Festival in New Orleans. At the time, Mdee was visiting from Africa and returned shortly after for work. But when matters of the heart are involved, people move mountains for those they love.

“I feel like we’ve been together for lifetimes,” Rotimi told Essence earlier this month. “So, this is just this body and I just met her again on this earth. It felt like that from day one, and I’ve never had a connection that instantly. [I told her] I don’t want you to go back to Africa. I want you to stay with me.”

Eventually, Mdee relocated to America with Rotimi, where the couple reside in Atlanta. Mdee also plays the leading lady in Rotimi’s “Love Somebody” video.

Congratulations to the newly engaged couple!