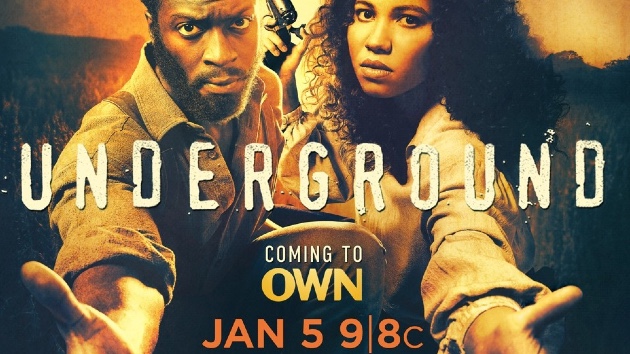 OWN has announced it has picked up the critically acclaimed historical drama series Underground.

The series, which aired for two seasons on WGN America, is set to rebroadcast on OWN starting January 5 at 9 p.m. ET. This time around, each episode will have a “revitalized presentation,” which includes “newly filmed episodic introductions by cast members, never-before-seen behind the scenes footage and more.”

Set in the 1850s, the series tells the harrowing story of the Underground Railroad and stars Jurnee Smollett-Bell as Rosalee, Aldis Hodge as Noah, Jessica de Gouw as Elizabeth Hawkes and Alano Miller as Cato. In its second season, Aisha Hinds joined the cast as Harriet Tubman, the famous conductor and abolitionist who led many slaves to freedom.

Ironically, in 2017, Oprah Winfrey said she wouldn’t be able to save the series after it had been cancelled.

“I can’t afford Underground,” Winfrey told journalists during an L.A. press event. “It cost twice as much to make as Queen Sugar.”

“As a matter of fact, my dear friend John Legend” — the show’s executive producer — “called me personally and asked me about it, but we’d already been talking about how we could make it work… It’s like $5 million an episode, so we can’t afford it,” she continued. “It’s not cheap, I think because it’s a period piece.”

Underground’s creator and executive producer Misha Green also told ABC Radio that year that even if the show did get cancelled at WGN, “this is definitely not the end.”