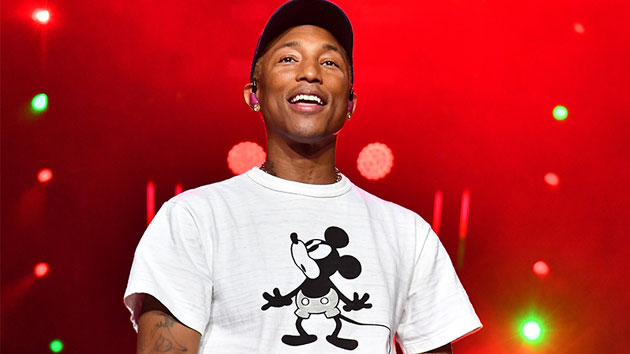 Pharrell Williams is mourning his cousin, who was killed during the Virginia Beach shootings last Friday.

The “Happy” singer identified his cousin as one of the two victims who lost their lives in he violence and demanded justice.

“The loss of these lives is a tragedy beyond measure,” wrote Pharrell while sharing a photo of his cousin sitting on a park bench. “My cousin Donovon was killed during the shootings. He was a bright light and someone who always showed up for others.”

Added the Grammy winner, “It is critical my family and the other victims’ families get the transparency, honesty and justice they deserve.”

While he didn’t reveal any further details regarding the shooting, Pharrell expressed hope that some good will come from the tragedy.

“Virginia Beach is the epitome of hope and tenacity and, as a community, we will get through this and come out even stronger,” he closed.

According to a tweet issued by the Virginia Beach Police Department on Saturday, Donovan — full name Donovan W. Lynch — was 25-years-old and died in “an officer-involved shooting.”

On Monday, the department clarified via Twitter that Donovan was “brandishing a handgun at the time of the shooting.”  The firearm was recovered at the scene.

Three separate shootings broke out in Virginia Beach on Friday and police have since arrested three male suspects ranging from 22 to 18-years-old.

Police also identified Deshayla Harris, 29, as the second victim, who was identified as a bystander.  She was an alum of the reality TV show Bad Girls Club.

The shootings remain under investigation.

Prince honored for his historic 2007 “21 Nights in London” residency