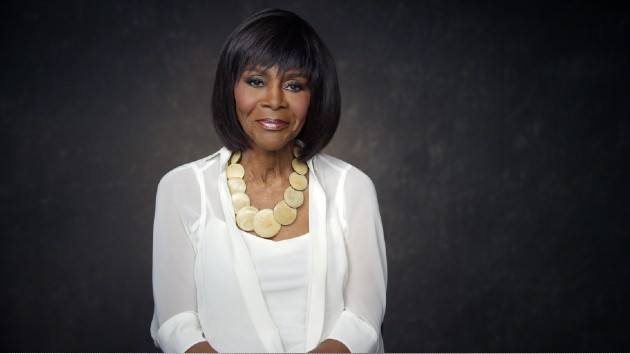 Hollywood legend Cicely Tyson, a multi-Emmy Award winner and honorary Academy Award winner, has died, ABC News has confirmed.  She was 96.  A cause of death has not been revealed.

Tyson’s manager, Larry Thompson, said in a statement, “I have managed Miss Tyson’s career for over 40 years, and each year was a privilege and blessing.  Cicely thought of her new memoir as a Christmas tree decorated with all the ornaments of her personal and professional life. Today she placed the last ornament, a Star, on top of the tree.”

Tyson’s last work, her memoir Just As I Am, was released Tuesday.

Born in Harlem, New York, on December 19, 1924, Tyson was first discovered by an Ebony magazine photographer, which launched her modeling career before she made her first television appearance NBC’s Frontiers of Faith in 1951.

One of her top defining moments in her career was when she was announced as the lead character of East Side/West Side, which premiered in 1963, becoming the first Black person to star in a television drama.

Tyson made her film debut in 1956’s Carib Gold and went on to appear in the 1959 Sidney Poitier film Odds Against Tomorrow, The Comedians, The Last Angry Man, A Man Called Adam and The Heart Is a Lonely Hunter.

Tyson famously took an acting hiatus in the late 1960s in protest of the rise in “blaxploitation” movies that featured racist stereotypes.  She revived her career in 1972, starring as Rebecca Morgan in the movie Sounder, which earned her an Academy Award and Golden Globe nomination for Best Actress.

Tyson also earned critical acclaim in 1974 for playing the title role in The Autobiography of Miss Jane Pittman, a television film that earned her two Emmy Awards and a BAFTA nomination. And in 1977 she co-starred in the miniseries Roots.

Other notable movies Cicely appeared in were 2005’s Diary of a Mad Black Woman, 2006’s Madea’s Family Reunion and 2011’s The Help. She also had a recurring role on ABC’s How to Get Away with Murder, portraying the mother of Viola Davis‘ character. The role earned her five Emmy nominations for a guest starring role.

Tyson also starred in a number of off-Broadway productions and, in 2013, won the Tony Award for Best Actress in a Play for starring as Carrie Watts in The Trip to Bountiful revival.  In 2014, Lifetime turned the play into a television adaption, of which Tyson reprised her role as Carrie.

Tyson was also a prolific philanthropist who continually supported her old neighborhood, beginning with co-founding the Dance Theater of Harlem in 1969.

Besides three Emmy Awards, an honorary Academy Award and a SAG Award, Tyson also won the 2020 Peabody Award for Career achievement, was named Kennedy Center honoree in 2015 and was inducted into the Television Hall of Fame last year — among many other accolades and achievements from numerous organizations and charitable outlets.

Her highest honor was awarded in 2016 by former President Barack Obama, who honored her with the Presidential Medal of Freedom — the nation’s highest civilian honor.

Cicely’s career spans seven decades, ending with the 2020 series Cherish the Day, which she played series regular Miss Luma Lee Langston.  Her final movie role was in 2020, where she played Alice in Tyler Perry’s A Fall from Grace.

She is survived by her niece, actress Cathy Tyson.