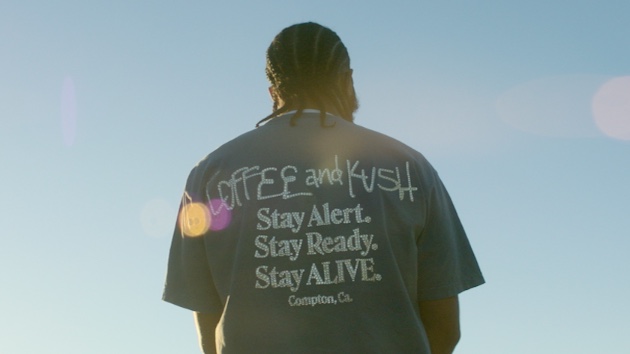 Compton lyricist Problem has shared the new music video for “Just Outside,” from his 2020 album, Coffee & Kush Vol. 2.

The self-directed visual finds Problem reflecting on his life during the pandemic, while seated by his son, Prince, on a hillside near their home. It ends with an aerial view of LA before zooming in on Problem, who removes his face mask and fires a shot from his rifle, straight into the camera.

“Call me quarantine king, I’m chillin/ watching [guys] waste away/ don’t ask me who that ain’t my place to say / Coffee sip like my J,” raps Problem.

Problem is currently working on the sequel to his short film, A Compton Story, which he wrote, directed and starred in and produced through his film company, 50million Media.