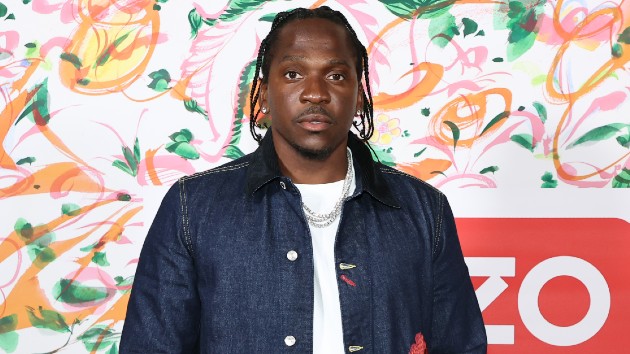 (NOTE LANGUAGE) Pusha T may be “Dreamin of The Past,” but his recent appearance on Vevo’s CTRL series is equally worthy of attention.

The rapper teamed up with the platform to perform a live rendition of the Kanye West-produced album cut “Dreamin of The Past,” which captures him rapping the lyrics into an overhead mic.

“You hollerin’, ‘Top five,’ I only see top me,” Push spits in the black-and-white clip, enunciating every word. “Award shows the only way you b****** could rob me.”

He also blessed fans with a performance of “Brambleton,” switching the black-and-white lighting to red.

Push’s selection of tracks comes from his last effort, It’s Almost Dry, which dropped in April. Though he believes the project is the album of the year, he admits Kendrick Lamar‘s album Mr. Morales & the Big Steppers presents some great competition.

“I think that Kendrick does what he does lyrically. I think … man, it was impressive,” he said in an interview with HotNewHipHop.com. “I think it’s great competition. It’s a matter of what you want to hear. I feel like for what it is that I do and what I was going for, and like I said, this is Rap Album of the Year to me. It’s Almost Dry.”