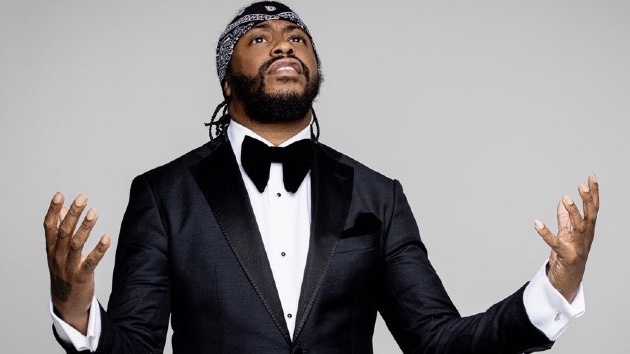 In 15 years, singer Raheem DeVaughn has accomplished what many R&B artists haven’t, including scoring five albums on the all-genre Billboard 200 albums chart and the #1 Top R&B album for 2015’s Love, Sex Passion.

DeVaughn’s latest soulful album, What a Time to Be in Love, which he says started as an EP, could potentially become his newest entry on either chart.

“That just happened organically,” he says of his eighth album. “We played with the idea of doing an EP initially, and it just morphed into a body of work.”

For the record, DeVaughn went over ideas with KP from the album’s production group, The Colleagues. He said it was “easy” to put What a Time to Be in Love together since “thirty-five percent of the album was already recorded” long before its release in November.

“I keep a vault of songs that are recorded,” says DeVaughn. “And so with that being said, it’s made it easy to put it together. He started sending me tracks. We started communicating.”

DeVaughn says the album’s nostalgic influence came from some of his favorite and legendary artists, including Teddy Pendergrass. He recalls watching a documentary about the late soul singer, who died of cancer in 2010.

“It’s no secret that I’m a huge fan of Marvin Gaye and Prince as well,” he continued. “So it’s a lot of elements of soul, R&B and legacy and their influences as well. [There’s] definitely me and the sound that I’ve coined over the last 15 years. So when the record comes on, you know, it’s Raheem DeVaughn.”