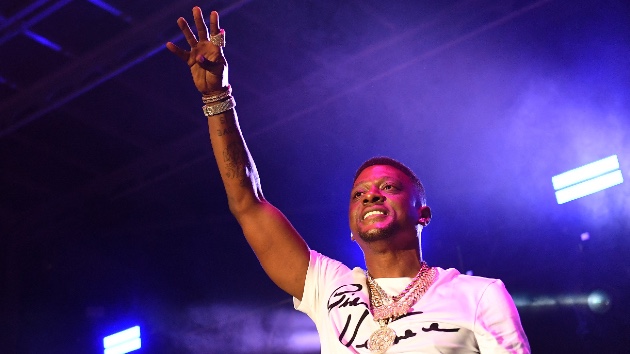 Boosie Badazz says he’s doing “all right” after multiple reports he was shot in the leg in Dallas over the weekend.

“I’m all right y’all,” the Louisiana rapper wrote on Facebook with a strong arm emoji on Sunday.

According to TMZ, Dallas PD responded to reports and calls about an individual who had been shot and then fled the scene in a private vehicle on Saturday. When police arrived to the scene, near a strip mall called Big T’s Plaza, there was reportedly no evidence a crime had been committed.

Boosie, born Torrence Ivy Hatch Jr., was treated at a local hospital for a gunshot wound, according to Dallas news outlet WFAA and local police. The night before, Boosie celebrated his 38th birthday at a candlelight vigil for rising Dallas rapper Mo3, who was shot and killed last week. The pair collaborated earlier this year on a full-length project, titled Badazz Mo3.

Mo3, born Melvin A. Noble, was shot him several times by a suspect during a highway attack on Interstate 35 near Clarendon Drive last Wednesday. Noble was transported to the hospital, where he died from his injuries.  He was 28.

At this time, authorities don’t believe Boosie and Mo3’s shootings are related.