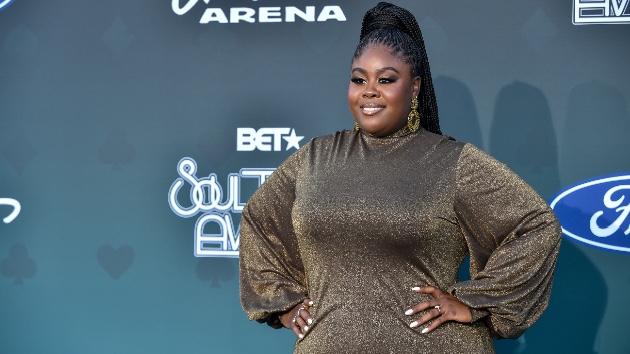 After stunning audiences with her portrayal of Denise Clark-Bradford in Lifetime’s The Clark Sisters: First Ladies of Gospel, Raven Goodwin has been tapped to lead another notable biopic.

On Thursday, Goodwin shared the news on social media that she will be playing legendary actress Hattie McDaniel — the first African American to ever win an Oscar — in the forthcoming film Behind the Smile.

“This is WILD!,” Goodwin wrote, sharing the announcement published by Deadline. “So happy to announce that I’ll be portraying THE Hattie McDaniel. This is so meaningful — in so many ways! Just know I’m ready to take on the responsibility! Much love!!!”

According to Deadline, the indie production, written by Gregory Blair, will tell the inspiring story of McDaniel, who famously played Mammy in 1939’s Gone with the Wind. That portrayal earned McDaniel the Oscar for Best Supporting Actress, although she wasn’t allowed to sit among her peers during the segregated ceremony.

During her life and career, McDaniel endured racism and racial segregation and even faced backlash from the Black community for taking on stereotypical maid or slave roles. Despite those criticisms, the actress left an indelible mark in Hollywood.  She died in 1952 at age 57 from breast cancer.

This is the latest project for Goodwin, whose credits include BET’s Being Mary Jane, Showtime’s SMILF, and the film comedy Snatched, also starring Amy Schumer and Goldie Hawn.