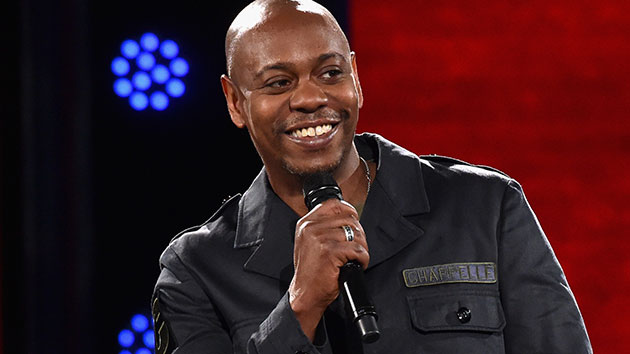 Stand-up comedian Dave Chappelle has tested positive for COVID-19, one day after performing a live show in Austin, Texas.

TMZ was first to break the news.  The outlet, who spoke with a representative of Chappelle’s, reports that the 47-year-old Emmy nominee is now in quarantine and has since canceled his four remaining shows set to take place in the Lone Star state.

He previously had sets planned for Thursday, Friday, Saturday and Sunday at Stubb’s Ampitheater in Austin, with Joe Rogan slated to join him for two.  Those who held tickets for the four remaining dates will receive a refund.

A representative for Chappelle confirmed to the outlet that he is not experiencing any symptoms.

The Chappelle’s Show star had been performing socially-distanced comedy shows since the summer that offered rapid tests to all audience members before being seated.

Chappelle and his crew would also be tested before every performance.

‘Wu-Tang Forever’: Raekwon and Ghostface Killah set for the next Verzuz battle

Cardi B is down for a Lizzo music collab

Megan Thee Stallion and Pardi reveal cute nicknames for each other