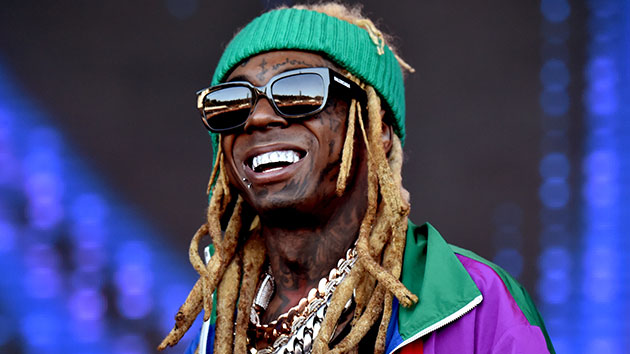 Lil Wayne may be in luck when it comes to his legal woes.

According to sources familiar with the White House operation, the rapper, born Dwayne Michael Carter Jr., is expected to be included on the list of people President Donald Trump plans to pardon before he leaves office. An attorney for Carter declined to comment.

Wayne met President Trump in Florida in October 2020 before the presidential election and tweeted a photo of the meeting.

“Just had a great meeting with @realdonaldtrump @potus,” he wrote. “Besides what he’s done so far with criminal reform, the platinum plan is going to give the community real ownership. He listened to what we had to say today and assured he will and can get it done.”

A pardon would allow a person to be relieved of some or all of the legal consequences resulting from a criminal conviction. In Lil Wayne’s case, this would take care of the current federal gun charges he’s facing.

In December 2020, the “A Milli” artist plead guilty to illegal possession of a firearm and ammunition as a convicted felon while traveling on his private plane during the 2019 Christmas season.

After receiving an anonymous tip, federal authorities conducted a search of the 38-year-old’s plane after he landed in South Florida from California At the time, Wayne told officers that he had a gun in his bag.  A subsequent search revealed cocaine, ecstasy, oxycodone, a loaded, gold-plated .45-caliber handgun and six rounds of ammunition.

Because Lil Wayne previously served eight months in Rikers Island for a felony weapons charge in 2010, he’s prohibited by federal law from owning a firearm.

Wayne’s sentencing hearing is scheduled for January 28.  If convicted, he faces up to 10 years in federal prison.