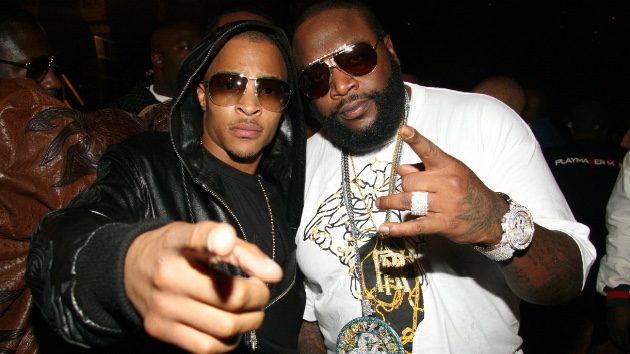 Rick Ross is already placing his bid for a potential match in season two of the Verzuz series.

In a screen recording of Ross’s Instagram story that was captured by DJ Akademiks, “The Boss” rapper called out T.I., who was recently replaced by Gucci Mane in the upcoming season opener.

Rick Ross has already participated in the Verzuz series, facing off against 2 Chainz in August. As for T.I., the King of the South was originally scheduled to go up against Jeezy in the season two opener, but was replaced with Mr. Guwop earlier this week.

T.I. has yet to officially participate in the series, which was launched by Swizz Beatz and Timbaland. Over the last few months, T.I. has declined a battle with Busta Rhymes and challenged 50 Cent, who declined himself.

But it looks like T.I. has found a worthy opponent in Rick Ross. The question is: Will he accept?

While we wait to hear his answer, you can tune into the Verzuz battle between Jeezy and Gucci Mane, streaming live on November 19th 8 p.m. ET on Instagram Live and Apple Music.