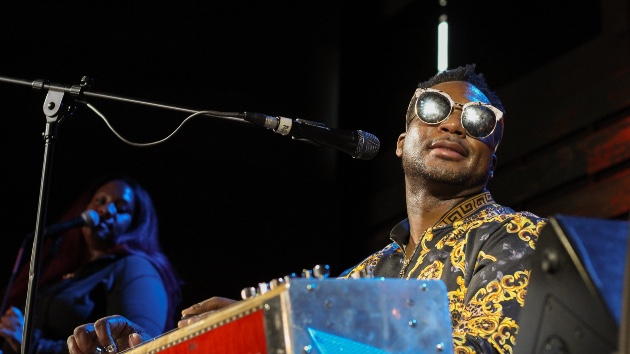 Musician Robert Randolph is the mastermind behind the virtual Juneteenth Unityfest, which celebrates the commemoration of the end of slavery. As founder of the Robert Randolph Foundation, he anticipates Saturday’s event will reach everyone, including the next generation.

“I want kids to understand that…first and foremost, there is a coalition of grassroots charitable organizations that are here to help them,” Randolph tells ABC Audio. “To help them get educated, help them know their history being informed. Knowing that we are all here together striving for unity striving for a better world, for a better America.”

Randolph plans to use stories about “everything from Black cowboys to black wealth” to help adolescent viewers understand “that you can be whoever you want to be.”

“There is no one-bay been-way to being Black,” he laughs. “You can do whatever the heck you want to do knowing your history; you are empowered. You are important, and we’re all here to help each other and pick those up who are less fortunate.”

Also during the Juneteenth Unityfest, guitarist Nile Rodgers will reunite with his band CHIC for their first performance in over a year. He says he was immediately drawn to be a part of the program considering how he learned about the annual holiday.

“I was fortunate when I was very young that my great-great-grandmother was still alive, and she was super lucid, extremely well-educated, really entertaining,” he shares. “And she would tell us the stories pre- and post-slavery. So she didn’t die until she was around 104, 105, something like that.” (AUDIO IS ABC 1-ON-1)

Viewers at home can watch the virtual event at JuneteenthUnityFest.com at 5 p.m. EST on Saturday, hosted by Amanda Seales and JB Smoove. It will also include performances from India Arie, Ledisi, and more.