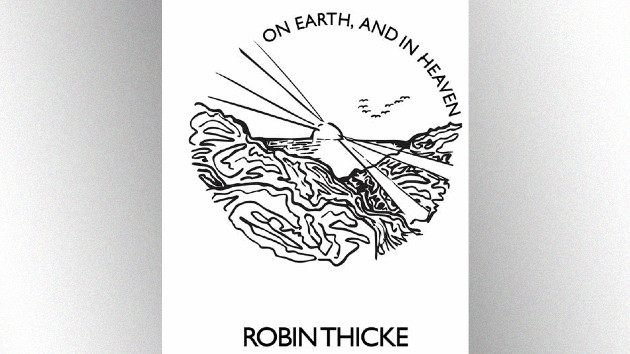 On Monday, Thicke announced on Twitter that his upcoming project, On Earth, and in Heaven, will officially drop on February 12. Along with the announcement, Thicke included a preview trailer which shows snippets of his past work and a tease of some of his new songs.

On Earth, and in Heaven will mark the R&B crooner’s first full-length project in six years and the debut release under his new partnership with Empire and his imprint, Lucky Music.

“I feel like I’m finally the person I set out to be,” Thicke said in a statement. “I’m able to laugh at anything, which I’ve realized is the greatest superpower. I’ve fully embraced it, and nothing has been better for my soul.”

“When I saw the phrase On Earth, and in Heaven, I realized that’s what I’m singing about: the people who aren’t here and the people who are here that made me who I am,” he continued. “This music is the sunshine coming out after the rain.”

Thicke’s album release news comes after his hit single, “That’s What Love Can Do,” hit #1 on the Urban AC charts. That song was followed by “Forever Mine,” and “Fire It Up,” which was released last month as a part of the NFL’s “Songs of the Season” series.

Here’s what we know about Saweetie’s debut album, dropping this Friday