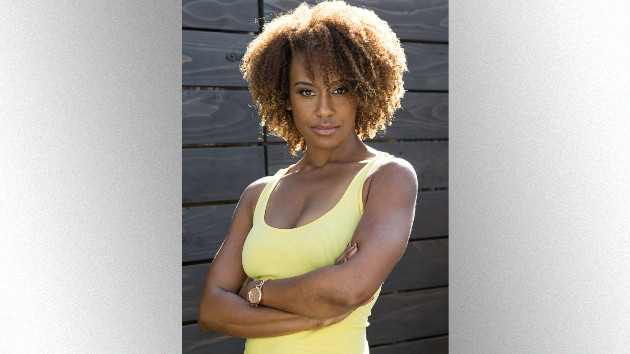 Ryan Michelle Bathé says she honored the hidden figures in history with her pioneering role in the new romantic drama Sylvie’s Love.

In the film, which follows the romance between a young woman and a saxophonist, Bathé plays Kate, a Black TV producer during the 1960s. Bathé tells ABC Audio that although her character wasn’t commonplace during that time, a form of her did exist.

“I knew those women,” she says. “I knew that there were always those Black women who were the first in the boardroom and they have these amazing stories. And we can’t tell them all.”

“Kate was an homage and an amalgamation of all of those stories,” Bathé continues. “We’re never going to be able to Google who ran the cooking show in Kansas City, Missouri, in 1962. But dollars to donuts, there was some woman, and maybe even a Black woman, there breaking down those doors.”

Bathé says it was that ambitious spirit and character that ultimately grabbed her attention.

“And that’s what I loved about this movie, [Kate and Sylvie] kind of, sort of, have it all,” she says. “And maybe they didn’t have it all at the same time. But Kate was able to do an amazing service by being the first Black woman doing that. And then when she felt like her time was over, she powerfully chose to do something else.”

Aside from showing the complexities of “having it all,” Bathé believes the film also sheds light on what it means to be a “strong woman.”

“When we talk about strong women, I think that is truly the crux of what it is — to make your choices powerfully, whether it’s ‘yes or no,"” she says.

Report: Kelly Price has been listed as a missing person