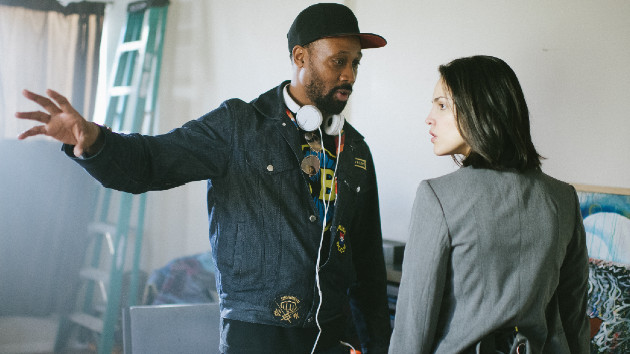 Wu-Tang founder RZA is living his best life as a filmmaker. While fans may have had some mixed reviews about his coming-of-age drama Cut Throat City, which recently landed at No. 1 on Netflix, the director confidently says filmmaking has been the best way for him to flex his creative muscles.

“To be straight honest, film is actually the culmination of all of my talents,” RZA tells ABC Audio. “It gives me the ability to play in music, to play with visuals, to play with fashion.”

“If you notice in Cut Throat City, you’ve seen all the paintings and everything,” he continues. “So all my artistic expression is culminated when I make a film.”

As a creative, RZA has worn many hats during his career. In addition to producing music for artists, he’s produced music for films, acted, and even recently did a jingle for Good Humor. Yet, even with all those accomplishments under his belt, RZA says he feels a special connection to film and TV projects — like his Hulu series, Wu-Tang: An American Saga — which allows him to fire all the “same pistons.”

“So when somebody asked me, ‘So what do you like more?,’ [I say], ‘I like art as a whole,"” RZA explains. “But I will say film is the best medium to express every layer of art.”