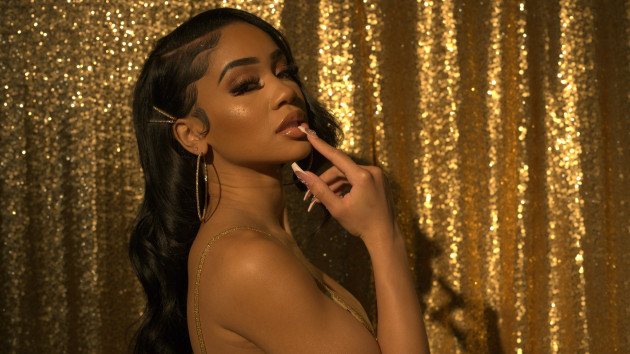 As previously reported, Saweetie went off on her label for “prematurely” releasing her single, “Best Friends” with Doja Cat. The song was immediately taken off streaming services.  Now the Bay Area rapper has officially announced the spicy collaboration.

“Name a better duo,” wrote Saweetie on Instagram Wednesday, sharing a video of the most iconic duos in sports, music and entertainment. “#bestfriend dropping tomorrow,” she added.

Not long after, Roc Nation duo Ceraadi shared images from what appears a blinged-out visual for “Best Friends.” The R&B-hip-hop duo paired the images with screenshots from their recent video for “BFF,” which has a similar style and fashion concept.

Ceraadi also shared screenshots of tweets from fans who accused Saweetie and Doja Cat of copying the duo’s style. One tweet read, “I [don’t] know if it’s just me but its giving very much Ceraadi [vibes].” Another said, “Look up “BFF” by Ceraadi. Very similar sounds. That’s all imma say.”

Ceraadi also shared a text conversation from last December, in which someone suggested “Best Friends” was “basically the same song, beat and concept [as “BFF”] just sped up.”

The Shade Room captured Saweetie’s response in the comments, writing, “OMG we’ll totally add you in the credz. My idols!”

Saweetie and Doja Cat’s “Best Friends” collaboration is expected to be released Thursday as another offering from Saweetie’s forthcoming debut album, Pretty B**** Music.