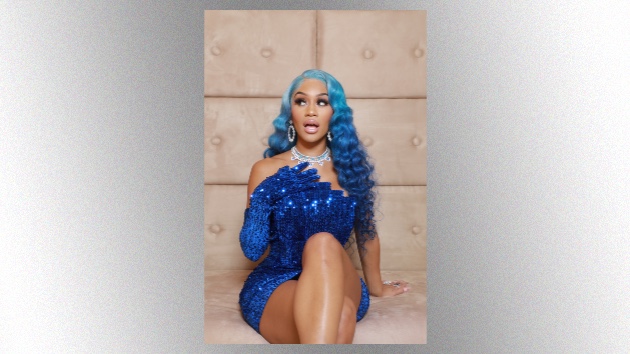 Pretty girl Saweetie appeared on Rolling Stone’s The First Time series, where she discussed the first song she worked on with her boyfriend, Migos rapper Quavo.

The two initially collaborated on “Tip Toes” from her ICY EP and have been together for almost three years.

“We had a lot of fun. I had missed my flight back to LA because it was just…enjoying life,” Saweetie said while blushing. “We went back to the studio and turned it into a little party. We were just going back and forth, so a lot of freestyling. I think that’s kinda why you feel that energy on that song the way you do.”

Saweetie recalled being about “six, seven, or eight” years old when she first started freestyling in the car with her cousins. But she also got some skills from her father.

“Me and my dad go back and forth all the time. He’s better than me,” she joked.

Saweetie also discussed how she came up with the name for her upcoming debut album, which is due out soon.

“I remember I was like how do I put a title over all these feelings that I’m feeling throughout my album, and I was like well I make people feel like [baddies] like pretty girls, so why don’t I call it Pretty B**** Music,” she said.

She said she knew it was risqué and “out there” to put the word in the album’s title — but that’s the point.

“I was like if I make it stand for something it will make sense,” she continued. “So that’s why I say when I say it, I want my fans to know it’s empowering.”

Mary J. Blige to perform at the NAACP Image Awards