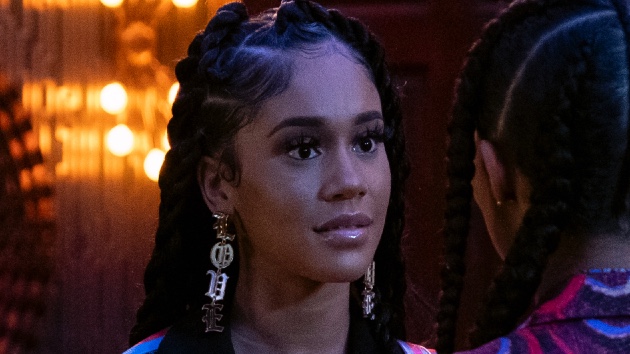 Saweetie is set to return for another episode on Freeform’s grown-ish series, starring Yara Shahidi and Trevor Jackson.

The “Icy Girl” made her acting debut on the mid-season premiere of season three last month, as her bossy character Indigo, Joey Bada$$’ new artist. Shahidi’s character, Zoey Johnson, is in Miami working on the set of a music video for both Indigo and Bada$$.

Indigo and Zoey are still getting to know one another and forming their new relationship as celebrity client and fashion stylist.

In an exclusive clip from the new episode, Zoey vents to a friend on the phone about her struggles as a new, young stylist after dropping out of college. She’s also learning to take her client’s fashion taste to the next level without sacrificing her signature art or styling choices.

As Zoey looks through a rack of clothes she picked out, Indigo then comes in to take a look herself. And from the half-smile on her face, she clearly wasn’t too impressed.