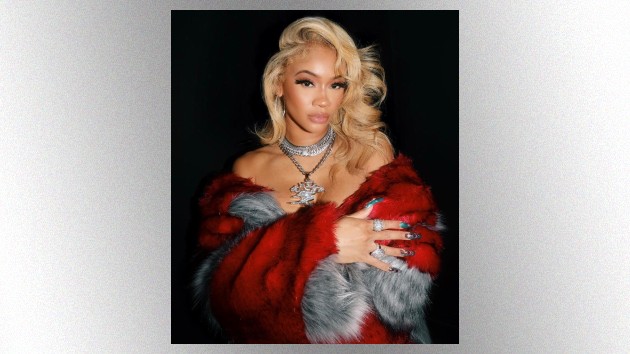 The playful video finds Saweetie as the queen of her own virtual world, where she serves up the guys on the football and soccer field and goes one-on-one in a super-sized basketball game against Las Vegas Aces star A’ja Wilson, who won the WNBA’s Most Valuable Player last year.

Other scenes find Saweetie jumping out of a plane and competing against herself on a track field, while reminding listeners of her braggadocious flow.

“Fast (Motion)” is another taste of Saweetie’s highly-anticipated debut album, Pretty B**** Music, arriving June 25.  It follows her Pretty Summer Playlist: Season 1 EP and her #1 singles “Best Friend,” featuring Doja Cat, and “Back to the Streets,” with Jhené Aiko.

What’s more, Saweetie recently landed a Billboard Music Award nomination for “Top Female Rap Artist” against Cardi B and Megan Thee Stallion. The show will air live on NBC May 23rd at 8 p.m.