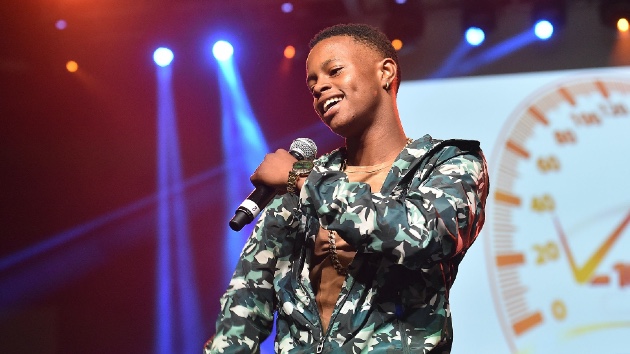 Silento, best known for his 2015 hit “Watch Me (Whip / Nae Nae),” has been arrested and charged with the alleged murder of his cousin, Georgia’s Dekalb County Police Department announced on Monday.

News of the rapper’s arrest, who was born Ricky Hawk, came in the form of a tweet from the police department who wrote, “Today, Ricky Hawk, 23, was arrested for the murder of his cousin Frederick Rooks, 34. On January 21, the DeKalb County Police Department investigated Rooks’ death after he was found shot on Deep Shoals Circle.”

“Hawk is in the DeKalb County Jail charged with Murder,” the tweet concluded.

According to the DeKalb County Police Department, authorities investigated a shooting in the early morning of January 21 and found Rooks shot to death. A motive has not yet been determined.

“Please send my client Silento some positive vibrations. Over the past several years, Ricky has been suffering immensely from a series of mental health illnesses,” she wrote. “We will continue in his efforts of treatment, but we ask in the meantime the public uplift him and his family in immediate prayer & positive energy!!”

Hudson added, “Ricky is a beautiful soul, and we hope that the same people who came up whipping’ & nay nay-ing with him, continue to support him and lifted in prayer!!”

This is not Silento’s first run-in with the law. The rapper was previously arrested in September 2020 for allegedly threatening people with a hatchet and, again, in October for speeding and reckless driving.