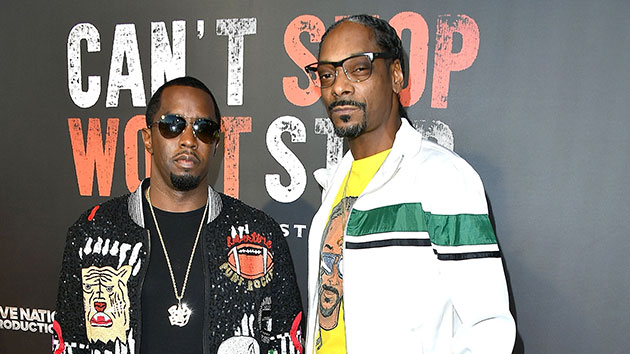 Snoop began his career on Death Row in 1993. Now, 29 years later, he plans to revive the label, which also launched the solo career of Dr. Dre, who he performed with at the Super Bowl

Diddy calls the “Gin & Juice” rapper one of his “greatest students,” and praises him on buying Death Row, saying, “I’m so proud of you, that’s so incredibly dope.”

Snoop responds, “You taught me how to play chess, not checkers,” and adds that he’s simply trying to make Diddy “proud.”

The 50-year-old icon suggests they work together, saying, “Now, we can do what we want to do, Death Row and Bad Boy.”

Combs loves the idea, replying, “Yeah, let’s do it!”

In addition to music by Snoop, Dre, and many other artists, the Death Row catalog also includes two albums by Tupac Shakur: The Don Killuminati: The 7 Day Theory from 1996, and the classic 1995 RIAA Diamond-certified All Eyez On Me, featuring “California Love,” which was performed during the recent Super Bowl halftime show.