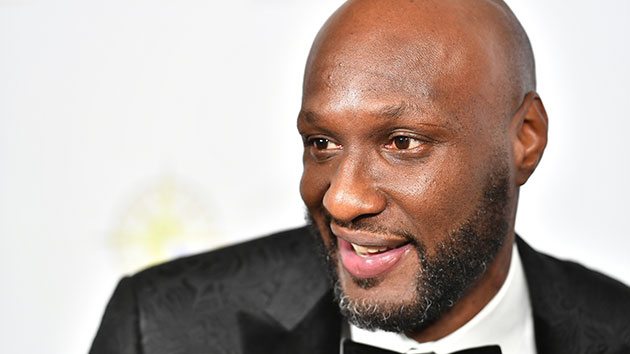 Retired NBA star Lamar Odom and former pop singer Aaron Carter are set to face off in a boxing match this summer.

According to TMZ, the three-round exhibition will take place at the Showboat Casino in Atlantic City, New Jersey on June 12, says Celebrity Boxing CEO Damon Feldman.

Odom has already started training in the gym and it looks like he’s taking the match-up seriously, and may already have an advatage over his opponent. The 41-year-old, who played 14 seasons with the NBA, stands tall at 6’10″, while 33-year-old Carter is 6’1″.

After hearing about the contest, fans took to social media to share who they believe would win between Odom and Carter.  One fan tweeted, “To anyone who is doubting this …Lamar Odom is going to wash Aaron Carter. Man is the size of 2 Aaron Carters lol.“

Another wrote, “That’s the most random *ss pairing I could possibly think of. How did he even think hey I want to fight Aaron Carter?”

Over the years, both Carter and Odom have had their share of personal and public struggles. Two-time NBA champ Odom ended a tumultuous marriage with Khloe Kardashian in 2016, after surviving a near fatal overdose in 2015. Odom entered rehab two years later.

Multi-platinum recording artist Aaron Carter is widely known for his Billboard Hot 100 “That’s How I Beat Shaq,” where he raps about how he defeated basketball legend Shaquille O’Neal in a one-on-one game. Carter has also openly discussed his substance abuse, drug-related arrests, and abuse allegations from his brother, Backstreet Boys singer Nick Carter.