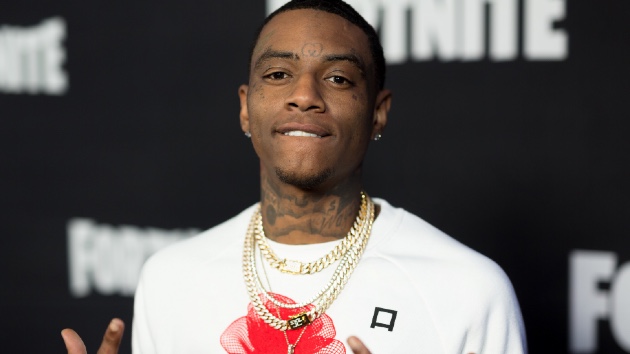 It looks like Soulja Boy has rubbed some professional wrestlers the wrong way.

It all started on Saturday when the “Crank That” rapper tweeted, “Rap game faker than the WWE.”

The tweet received a lot of pushback from fans and eventually made its way to WWE stars T-Bar and Randy Orton, who clapped back at Soulja Boy on Monday.

“Fake? Dare this [guy] to step up,” Orton wrote. “He dont like movies? Consider us actors that do stunts, without pads 200 days a year and don’t [complain] when we get surgically repaired and come right back. Consider us 100 times tougher then [sic] anyone you’ve come across. Aint nuthin but a b**** a**.”

Meanwhile T-Bar responded, “Does the rap game take years off your life and leave you with countless injuries and debilitating pain? Oh well maybe just stick to super soaking h*** or whatever it is you did 15 years ago.”

Then in another tweet he seemingly challenged the rapper to a face-off in the ring.

“Wrestlemania is gonna end up being a 6 on 1 handicap match between me and 140 lb rappers from 2005 at this point,” he said.

Soulja hit back at the wrestling pros asking if they know who he was and stating, “If you mad because I spit facts just say that.”

Fellow rapper Bow Wow even chimed in, claiming, “…WE READY TO FIGHT!”

Only time will tell if this feud will fizzle out on its own or if it’ll get squashed in the ring.

Misa Hylton dishes on her history with hip hop fashion and working with Mary J. Blige

Snoop Dogg shares fond memories with DMX: “He’s off to a better place and he’s finally got his angel wings”