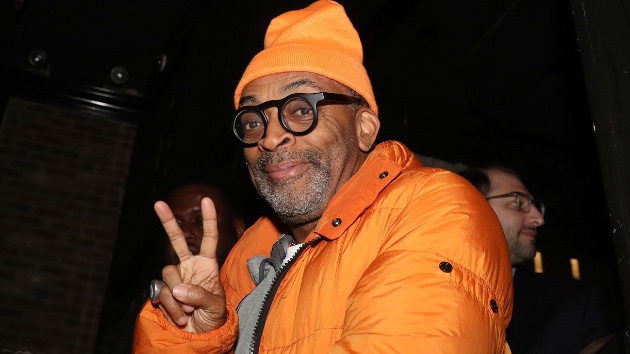 Men will finally have their own version of The Vagina Monologues and Menopause the Musical thanks to a new project being helmed by acclaimed director Spike Lee.  The Oscar winner is set to direct a movie musical that celebrates the little blue pill, Viagra.

Entertainment Weekly reports that the BlacKkKlansman director will helm the currently unnamed film based on the David Kusher article for Esquire, “All Rise: The Untold Story of The Guys Who Launched Viagra.”

The movie will explore the story of Viagra’s origins, from its development at Pfizer to how it was marketed as the new miracle drug that treats erectile dysfunction.

Lee will be penning the script alongside actor and playwright Kwame Kwei-Armah.  The movie’s songs will be written by Stew Stewart and Heidi Rodewald, who also wrote the songs for the Tony Award-winning musical Passing Strange.

The 63-year old Da 5 Bloods director released a statement regarding his bold new venture, telling EW in a statement, “First And Foremost,I Thank Ms. Jacquelyn Shelton Lee. I Thank My Late Mother For As She Would Say Taking ‘My Narrow, Rusty Behind’ Dragging, Kickin’ And Screamin’ To The Movies When I Wuz A Nappy Headed Kid Growing Up In Da Streets Of Da People’s Republic Of Brooklyn. I Did Not Want To See Corny People Singin’ And Dancin’. I Instead Wanted To Play With My Friends On Da Block.”

He continued, “Thank You Lawdy She Didn’t Listen To My Ongoing Complaints About Musicals. So Finally Going Into My 4th Decade As A Filmmaker I Will Be Directing An DANCIN’,ALL SINGIN’ MUSICAL Spike Lee Joint And I Can’t Wait. My Moms Has Been Waiting TOO!!! And Dats Da Rodgers And Hammerstein Truth,Ruth.”

Lee’s 40 Acres and a Mule productions will produce the movie alongside Matt Jackson’s Jackson Pictures.