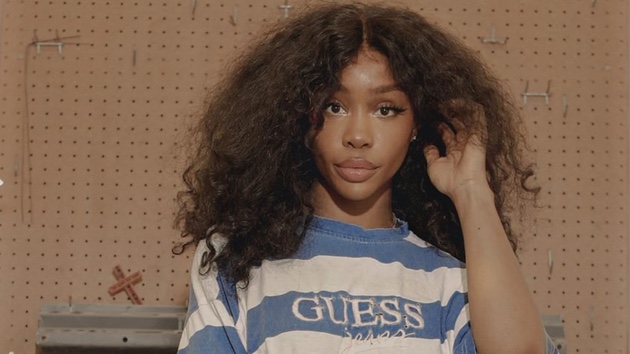 In a celebratory Instagram post, the R&B singer — signed to Kendrick Lamar‘s Top Dawg Entertainment label — expressed her gratitude to “everyone” who contributed to the song’s success.

“I never saw this coming and I’m so grateful I don’t know what to say,” she wrote. “I never even been top ten on my own. Thank you beyond thank you for…bonding with me in ways only we can describe. I’m so grateful to be able to connect with anyone or share pain, love, joy, healing, or heart space with anybody.”

“[I’m] grateful to make music with people I genuinely love and respect,” SZA continued. “God is everything. THANK YOU TO EVERYONE THAT WAS A PART OF THIS RECORD !!! Specially angel @jacobcollier.”

Featuring vocals from Jacob Collier, “Good Days” marks the second release from SZA’s highly-anticipated sophomore album, which has yet to be announced. It follows the Ty Dolla $ign-assisted track, “Hit Different,” and SZA’s 2017 debut, Ctrl.

“It’s definitely a crazy feeling watching @sza’s ‘Good Days’ move like it has been,” wrote Punch on Instagram. “A top 10 record from a song SZA just wanted to throw out there, that was dedicated to her grandmother. It further confirms my convictions in being honest and true to yourself in the music. Quality is the goal. Appreciate everyone involved. Let’s keep going! #TDE.”

Ye apologizes to Kim Kardashian for any “stress”: “This is the mother of my children”

Omarion offers keys to wellness in his new book