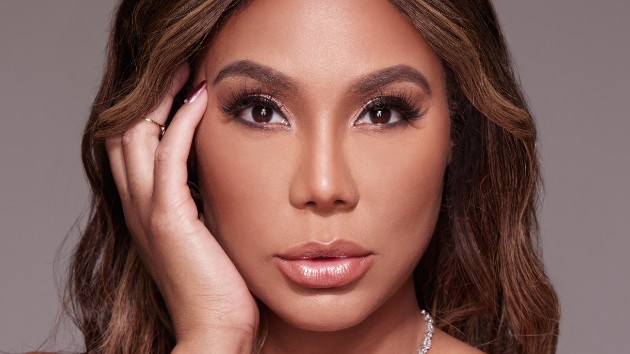 Tamar Braxton is over WE tv after it aired a teaser clip from the upcoming new season of Braxton Family Values, which airs Nov. 5.

The clip shows the moment Tamar’s sister, Toni Braxton, got the call about Tamar’s hospitalization in July, after which she alerted their mother, Evelyn.

“Toni called [and] she told me that Tamar was rushed to the hospital because she tried to commit suicide,” Evelyn says in the clip.

After seeing the teaser herself, Tamar took to Instagram to call out WE tv for their alleged constant “abuse.”

“After waking up to that disgusting trailer.[Eff @wetv and whomever else participating for using my pain for their pleasure and rating!” she wrote in the caption. “At some point, this abuse has to stop and p.s. I’m not filming for this season. They are doing this while I’m not on the show. #scumbag”

The singer and reality star said she plans to address everything in her “exclusive tell-all” interview on The Tamron Hall Show on Oct. 28th.

As previously reported, Tamar was found unresponsive on July 16 by her then-boyfriend, David Adefeso, at the Ritz-Carlton hotel in downtown Los Angeles where they were staying. Tamar was later transferred to a facility for mental health treatment.

By the month’s end, Tamar cut ties with WE tv, the network she’s worked with for the past 11 years on Braxton Family Values and her latest reality series, Get Ya Life!

Tamar previously made allegations against the network, insisting she was “betrayed, taken advantage of, overworked, and underpaid.”

“My cry for help went totally ignored,” Tamar wrote on Instagram at the time. “However, the demands persisted. It was my spirit and my soul that was tainted the most.”

Eric Benét reminisces over his life and career: “I am grateful for…the mistakes, the victories”