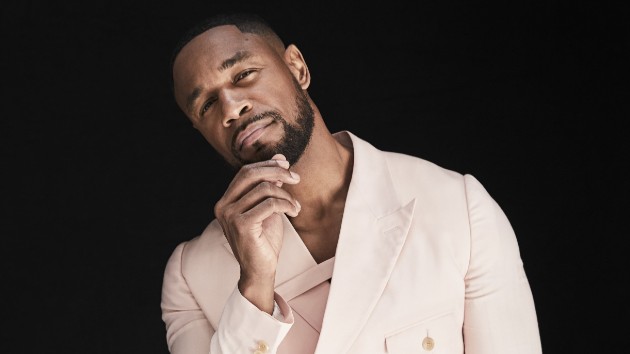 On Wednesday, Tank took to Instagram to express his enthusiasm over his “little brother” making the top of People’s annual list, even though he has yet to make it on there.

“Now I gotta take notes from my little brother. I thought for sure ‘When We’ secured me the top spot,” wrote Tank, referring to his chart-topping 2017 single. “All jokes aside this is what hard work and dedication look like! Keep going, bro! I am beyond proud and will continue to celebrate your greatness!”

Tank’s Savage single “When We” landed at #1 on Billboard’s Adult R&B Songs chart and he was later joined by Trey Songz and Ty Dolla $ign on the remix.

“When We” broke the record for the longest climb to the top five spot on the 26-year-old R&B/Hip-Hop Airplay chart after 39 weeks — a record Tank previously broke in 2007 with “Please Don’t Go.”

Tank is currently working on his next project to follow up 2019’s Elevation, which will feature one “crazy” track he predicts will be his next #1 single.

Michael Jackson biopic to be distributed by Lionsgate

Get lips just like Rihanna’s with her new ICON line: “The sexiest, most empowering thing”