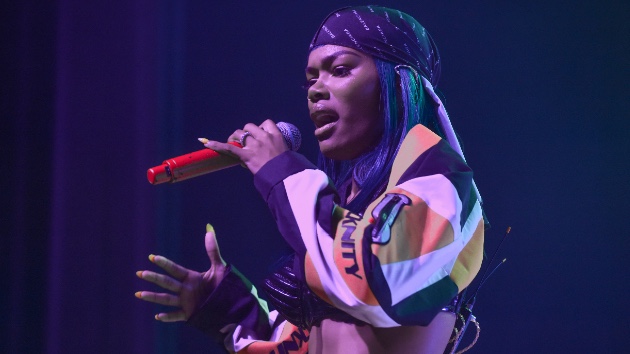 Teyana Taylor has clarified her initial statements about “retiring this chapter of my story,” which she says were directed at her label, Def Jam Records, and not about making music.

After Friday’s initial announcement, Taylor hopped on Instagram live on Saturday to explain she wants to retire due to a severed relationship with the label she’s been signed to through Kanye West‘s G.O.O.D Music.

“The majority of what that post was to warn my label who I’ve been signed to for almost 10 years. Everything that you guys see of me, everything that I put out, everything that I do is 100% me,” said Taylor. “There’s no gun to anybody’s head to do anything that they don’t want to do. So yes, I am going to feel underappreciated if I’m putting in 110% and my label is giving me — they’re reciprocating, what, 10% of that.”

The multi-hyphenated singer, dancer, actress and director said she has repeatedly asked to be dropped from the label “on almost 10 different occasions” after receiving “literally no push” of her music over the years.

Taylor understands some fans might judge no longer releasing music to be “selfish.” But even so, the wife and mother of two believes now is the time to focus on other things until she is released by the label.

Teyana began contemplating retirement after her latest project, THE ALBUM, was snubbed for a 2021 Grammy nomination for Best R&B Album, despite topping Billboard’s Top R&B Albums chart in July.

Misa Hylton dishes on her history with hip hop fashion and working with Mary J. Blige