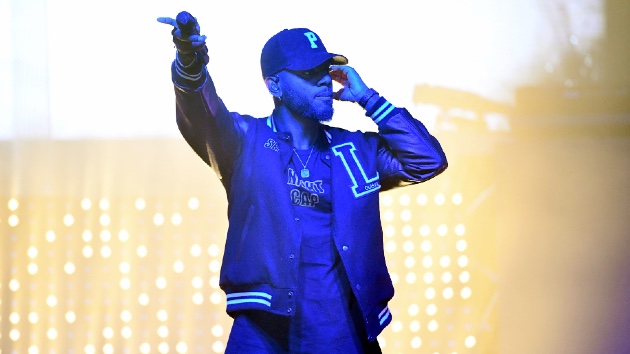 Bryson Tiller is continuing the celebration of his latest #1 album, Anniversary, with a deluxe release.

On Tuesday, the “Sorrows” singer shared a cinematic trailer for the deluxe edition featuring a sample of Mint Condition‘s Why Do Fools Fall in Love track, “Love Is for Fools.”

The trailer finds Bryson standing on a balcony looking over a view of the city, before an abrupt knock at the door. He doesn’t seem too enthused to find a white box on his doorstep, mainly because he returns inside to an empty dinner table that’s been set for two.

Bryson mentioned the new songs will “complete” the entire Anniversary album during a Twitch livestream earlier this month, captured by HipHopNMore. “It was never finished to begin with,” he added.

Bryson also revealed details about his fourth project, Serenity, which will consist of three separate albums.

“Serenity is not one album, it’s three albums. One is a rap album, one is a R&B album and then one is a pop album,” he continued. “But until I figure out this stuff with my deal, and my label, you know the business side I can’t necessarily give that [yet.] That’s the only thing holding those projects back.”

The RCA signee said Serenity is more about him “not really giving a [damn]” and being able to express himself creatively.

“I still don’t give a [damn] to be honest,” said Bryson. “But Serenity is more so about me having a peace of mind,…[being] in my element, making music and being free creatively.”