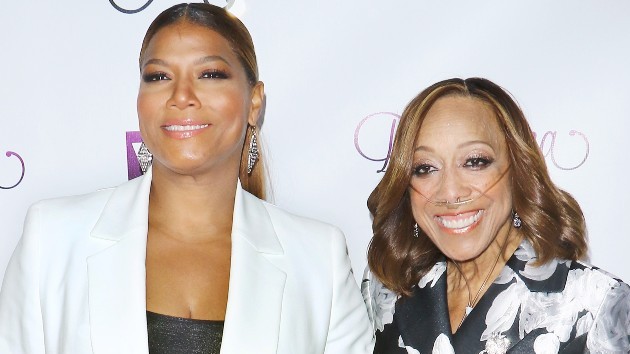 As Queen Latifah enjoys the success of her new TV series, The Equalizer, she’s remembering how her late mother paved the way for her trailblazing 32-year career.

“She was always an encouragement,” Latifah says of her mom, Rita Owens, in this week’s People cover story.  Owens passed way from heart failure in March 2018.  “Everything queenly about me came from my mother,” says Latifah.

While many adults were skeptical about careers in hip-hop in the 1990s, Latifah’s mother was extremely supportive.

“That made a big difference, having an adult who believes in this new burgeoning kind of music that you’re doing, not just as a form of music, but as a form of you using your mind, your voice, your talent, and having some direction,” says Latifah.

The multi-faceted rapper/singer/actor is back in her hometown of Newark, New Jersey shooting The Equalizer, and she’s says she feels the presence of her late mother.

“She still talks to me. I know it’s going to sound crazy, but I get little signs,” she says.  “Lights will blink. Things will flicker.”

Rita Owens was a high school teacher in Newark, and her daughter fondly recalls how she inspired numerous teenagers for nearly three decades.

“She made such a big impact, not just on my life, but on thousands of students whose lives she changed over her 25 years of teaching — kids who thought they had no future until they met Mrs. O. and she called them by their names and told them that they can be whatever they wanted to be,” Latifah says. “And they may not have ever heard that message before.”

Latifah stars as Robyn McCall in The Equalizer, which airs Sundays at 8 p.m./7 p.m. CT on CBS.