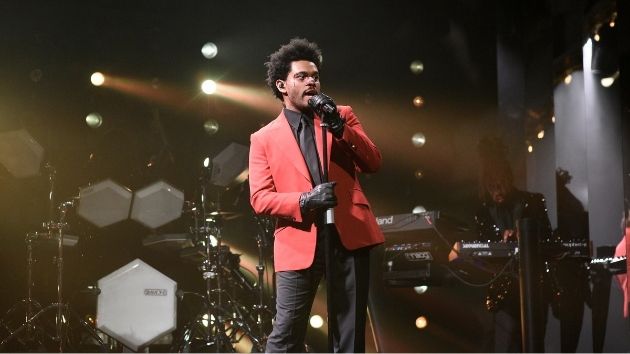 Fans aren’t the only one shocked by The Weeknd‘s lack of Grammy nominations this year — so is he.

On Tuesday, the 2021 Grammys nominee list was released and the Canadian singer’s name was nowhere to be found, which is something many found odd after the highly successful year with his album After Hours. The Weeknd seemed to be so confused by the snub that he accused the Academy of being “corrupt.”

“The Grammys remain corrupt,” he fired off on social media. “You owe me, my fans and the industry transparency.”

“We understand that The Weeknd is disappointed at not being nominated,” he wrote, according to Variety.

“I was surprised and can empathize with what he’s feeling,” he continued. “His music this year was excellent, and his contributions to the music community and broader world are worthy of everyone’s admiration. We were thrilled when we found out he would be performing at the upcoming Super Bowl and we would have loved to have him also perform on the Grammy stage the weekend before.”

“Unfortunately, every year, there are fewer nominations than the number of deserving artists,” he added.

Mason then shut down the rumors that The Weeknd’s lack of nominations was as a form of retribution for the reportedly tense negotiations that would decide if he would perform at both the Grammys and the Super Bowl, which are scheduled a week apart from each other.

“To be clear, voting in all categories ended well before The Weeknd’s performance at the Super Bowl was announced, so in no way could it have affected the nomination process,” Mason added. “All Grammy nominees are recognized by the voting body for their excellence and we congratulate them all.”