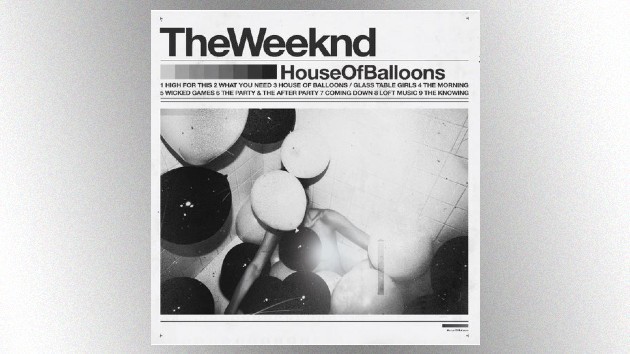 Now that you’ve listened to The Weeknd’s After Hours a million times, it’s time to explore the early work of the artist born Abel Tesfaye.

On March 21,The Weeknd will re-release his debut mixtape, House of Balloons, on streaming platforms for the first time in its original form.  It’ll arrive exactly a decade to the day that the project was first released.

There will also be an exclusive merch drop, including 1,000 copies of the mixtape on vinyl and a varsity jacket with a lining inspired by the outfit The Weeknd wore at his first live show ever, in Toronto in 2011.  It’ll be available at shop.theweeknd.com on March 21 at 3 p.m. ET for only 48 hours.

When House of Balloons was released, it drew critical raves and ended up on several year-end best-of lists.

During his Super Bowl halftime show, The Weeknd sang a track from the mixtape, “House of Balloons/Glass Table Girls,” along with hits like “Blinding Lights” and “I Can’t Feel My Face.”