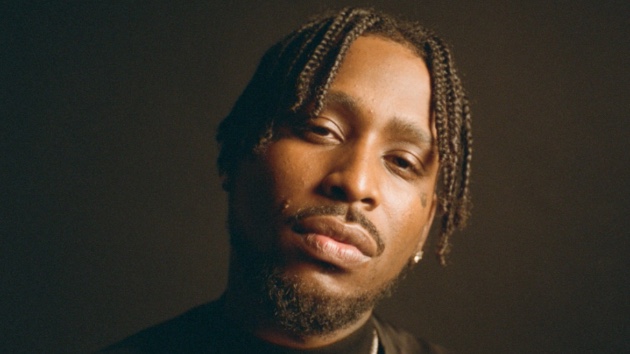 Together, they elevate the sexually-explicit dance bop with exceptional verses showcasing their braggadocious bars, with rapper JT flipping the script and singing about the way she wants to be taken care of.

Along with the song arrives a visual, which finds BRS Kash and DaBaby riding in a spaceship and the City Girls hosting a game show in front of a live audience.

The original version of “Throat Baby” has been remixed by Lil Wayne, Trippie Redd and more before sparking a viral dance challenge on social media, which helped land BRS Kash his first Billboard Hot 100 hit.

Both tracks are featured on BRS Kash’s debut mixtape, Kash Only, which arrives today. For his major label debut under LVRN and Interscope Records, the rapper formerly known as KashKash, delivers a 12-track project of dance anthems and club bangers such as “No Manners” and “Feel Better,” featuring Toosii.

“Kash App” is another fast-paced track that features Queen of the Souf rapper Mulatto.

“We have a genuine friendship outside the music,” says BRS Kash in a statement. “We barely talk about business when we hang we just like having fun living the life we always dreamed of.”

Kash Only is available now on all streaming platforms.