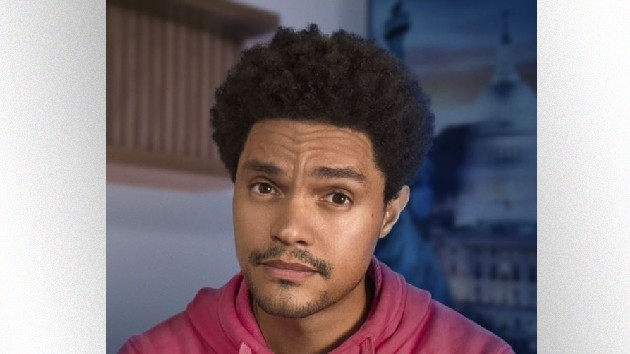 Trevor Noah announced to his audience on Thursday that after seven years as host, he will soon be leaving Comedy Central’s The Daily Show.

“It has been seven years since we started The Daily Show with Trevor Noah. This week is our anniversary, “ Noah told the audience. “And one of the overriding feelings I found myself experiencing…is a feeling of gratitude…There’s so many people who make this thing come together. I want to say thank you for an amazing seven years. It’s been truly wild.”

“It’s been absolutely amazing. It’s something I’ve never expected,” he continued. “Everything we’ve gone through — the [Donald] Trump presidency, the pandemic. I realized after seven years that my time is up, but in the most beautiful way. I’ve loved hosting this show. It’s been one of my greatest challenges. It’s been one of my greatest joys. I’ve loved trying to figure out how to make people laugh when the stories are particularly s***** even on the worst days…But after seven years, I feel like it’s time.”

Noah concluded by promising he wasn’t “disappearing,” explaining he misses “learning other languages” and “going to other countries and putting on shows.”

The 38-year-old South African comedian joined The Daily Show as an on-air correspondent in 2014, before being named as Jon Stewart‘s successor a year later.

Noah didn’t offer a timetable for his departure, but Comedy Central, in a statement obtained by Variety, noted they were “working together on next steps.”

“As we look ahead, we’re excited for the next chapter in the 25+ year history of The Daily Show as it continues to redefine culture through sharp and hilarious social commentary, helping audiences make sense of the world around them,” the statement concluded.

Bob Marley exhibit coming to the US for the first time

Alicia Keys reveals “this year was the year” to release her holiday album, ‘Santa Baby’

John Legend is looking forward to family time over the holidays