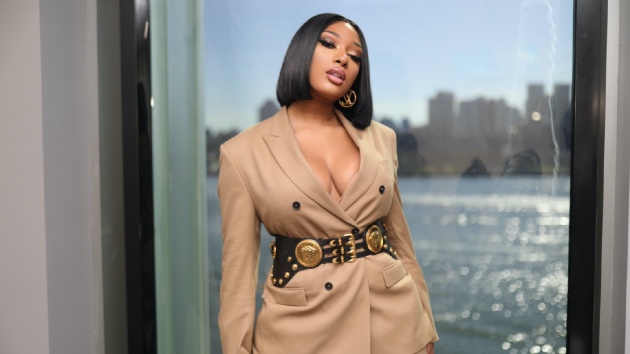 The two rappers can be seen causing chaos in a toy store, playing with dolls and action figures after social media star and comedian BlameitonKway — dressed as his alter-ego, TiTi — closes the store for the night.

In the video, Megan dressed liked a Barbie, sits atop her own dollhouse and twerks with her fellow doll friends. Meanwhile, DaBaby stands among a collection of action figures of himself and races through the store in a toy car. There’s also lots of animated twerking and dancing from the toys on the shelves.

BlameitonKway then returns to find the store in disarray, which looks like a scene straight out of the film Toy Story.

Megan’s Good News debut peaked at #2 on the Billboard 200 Albums chart and has since earned a Gold certification from the RIAA.