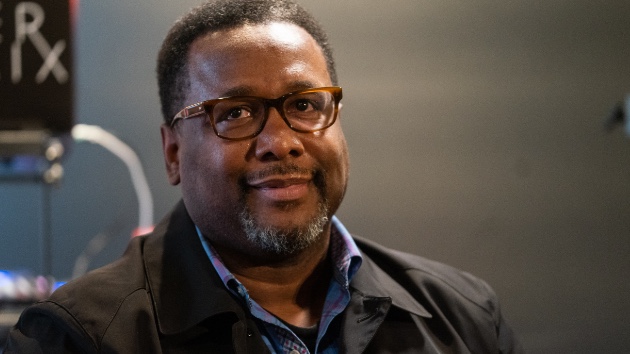 “We are official. Preparation has begun on a film where I will be honored to play the great, B.B. King. Humbled,” Pierce tweeted Monday.

According to IMBD, the film is titled The Thrill Is On, after B.B.’s 1970 signature hit “The Thrill Is Gone,” and focuses on the decades-long friendship between King and young musician Michael Zanetis.

King, who died in 2015 at the age of 89, is celebrated as one of the most influential and respected blues musicians and guitarists of the last six decades. With over 56 live and studio albums and 15 Grammy Awards including one for the Lifetime Achievement Award, King was inducted into the Blues Hall of Fame in 1980 and the Rock and Roll Hall of Fame in 1987.

Pierce currently stars in Amazon’s Jack Ryan series, and is also known for his roles in HBO’s The Wire, Selma, and alongside Jaime Foxx in the 2004 Ray Charles biopic Ray.  He also starred in London’s West End theatrical production of Death of A Salesman, which earned him an Oliver Award nomination for Best Actor last year.

Fans on social media are hopeful this new role will likely earn Pierce his first Oscar, including R&B singer Tank, who tweeted, “WOW!… You are absolutely the artist to paint this colossal cathedral!”