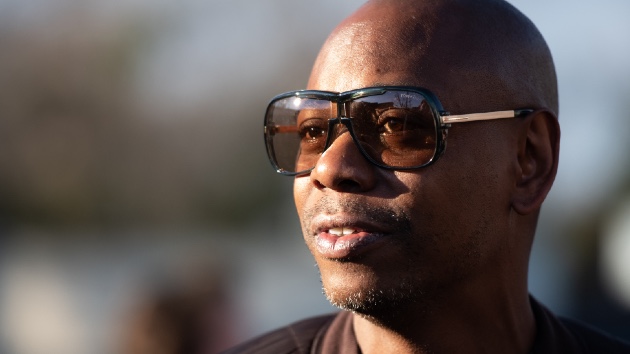 Emmy and Grammy Award winner Dave Chappelle may be a familiar face to most — but apparently not to some recent contestants on Jeopardy!

During an episode of the popular game show, Chappelle’s photo was featured as part of a question during a Double Jeopardy round.

When no one buzzed in, Jennings responded, “That’s Dave Chappelle.”

It didn’t take long for social media to react to the blunder.

“No one recognized Dave Chappelle during Jeopardy? What is, ‘who are these people?’,” one wrote.

“It’s crazy enough that a picture of @DaveChappelle was a $2000 clue on Jeopardy tonight – what’s more incredible is no one got it right!,” shared another.

One fan even joked that he had to yell at his TV when no one knew that it was Chappelle.

Chappelle has yet to comment on the Jeopardy! episode.