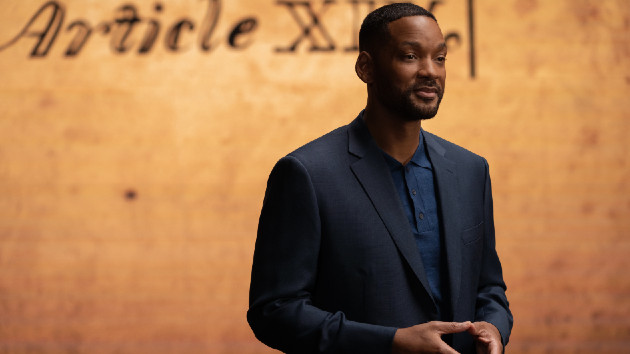 Will Smith and Larry Wilmore have teamed up for a new docuseries focused on the 14th Amendment, which granted citizenship and protection to “all persons born or naturalized in the United States.”

On Tuesday, Netflix released the trailer and announced a February 17 premiere date for Amend: The Fight for America, a series that will explore the ongoing challenges that Americans face when it comes to equality. Co-executive produced by Smith and Wilmore, the upcoming series features a star studded line-up that includes Mahershala Ali, Diane Lane, Samuel L. Jackson, Pedro Pascal, Yara Shahidi, and more.

Hosted by Smith, the doc will include speeches and writings from historic figures such as Frederick Douglass, Dr. Martin Luther King Jr., Ruth Bader Ginsburg and Andrew Johnson. It will also provide insight from contemporary thought leaders and experts.

“We are living in unprecedented days as a society, as a country, and as a human family,” Smith said in a statement. “I believe that the cultivation of personal and historical understanding is the imperative spark igniting the flames of desperately needed compassion and healing.”

“Our hope with this series is to illuminate the beauty that is the promise of America and to share a message of connection and shared humanity so that we will be able to better understand and celebrate our different experiences as Americans and promote progress toward the true equality promised to all persons under the 14th amendment,” he added.

Meanwhile, Wilmore said he hoped the series would serve as “a compelling conversation starter.”

“Everything we’ve seen happen in America in the last few years is about what Black people and other marginalized groups have always wanted: to make sure that we are really part of America and have everything that’s been promised to us by the Constitution,” he said.