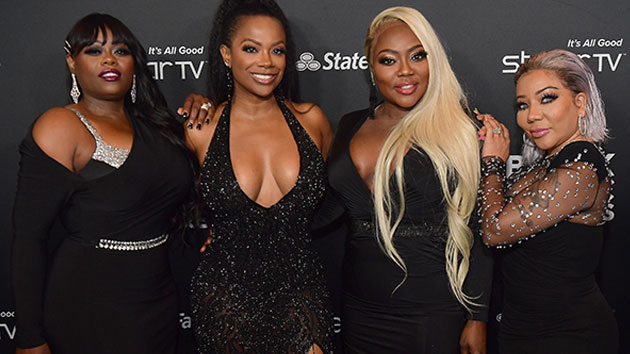 A Verzuz battle between legendary R&B groups Xscape and SWV is on its way.

“Everyone has been asking. It’s great for the culture. It’s going to be big, its going to be epic,” Scott tells TMZ.  “We all just sisters with voices bout to make it happen.”

This marks the first Verzuz battle between two all-female groups that dominated the R&B charts in the 1990s. Scott said she’s been preparing for the epic showdown with her original group members Kandi Burruss, Tameka ‘Tiny’ Harris and her sister, Tamika Scott. Together, the group is responsible for hits like “Just Kickin’ It,” “Understanding,” and “Who Can I Run To.”

After forming in 1990, childhood friends Cheryl “Coko” Clemons, Tamara “Taj” Johnson and Leanne Lyons went on to release six albums, including their triple-platinum 1992 debut, Its About Time.The trio also sang “Anything” on the 1994 Above the Rim soundtrack and are known for Billboard Hot 100 hits such as “I’m So Into You,” “Weak,” and “Rain.”

Patina Miller and Omar Epps explain why ‘Power Book III: Kanan’ was the perfect series for them to join