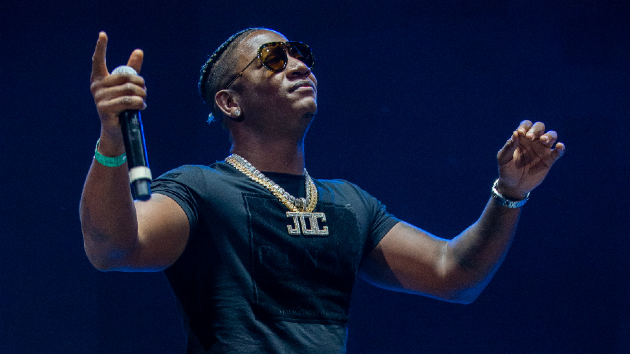 Between running a radio show and starring on reality television, Yung Joc still makes time to get in the studio.

In an exclusive interview with HotNewHipHop, the “It’s Goin’ Down” rapper revealed he has a forthcoming track with Miami’s finest, Rick Ross.

The two previously teamed up on 2011’s “Ugh,” but Joc describes their new collaboration as a “nice club record” that may make fans want to dance and have “fun” while “talking your [ish].”

As far as solo music, Yung Joc has been rather quiet over the years, other than his 2019 single, “Perfect Timing,” with Gunna and B. Smyth. Yet, most fans still remember Joc’s comical appearance on the 2008 track, “Lookin’ Boy” with Hotstylz, which was released under Joc’s label, Swagg Team Entertainment.

Yung Joc was also featured on T-Pain’s Billboard Hot 100 chart-topper, “Buy Me a Drank (Shawty Snappin’),” and has collaborated with Gucci Mane, Bobby V, Cherish, Lil Boosie and others.

Aside from music, Joc is making some positive strides in the love department after proposing to his longtime girlfriend Kendra Robinson in 2019. The Love & Hip Hop: Atlanta couple are currently planning their wedding in the midst of the global pandemic.

On the last two seasons of the VH1 show, Kendra seemed supportive of Joc’s eight children from his previous relationships and his many entrepreneurial endeavors.

Tank shares secret to his marriage to Zena Foster: “We communicate about everything”

Lil Nas X pens inspirational letter to his younger self: “stop feeling sorry for yourself”