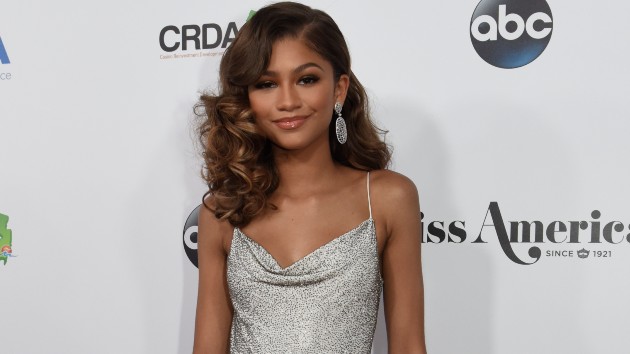 Zendaya is one of the many actors in Hollywood who’s grateful for Cicely Tyson.

During Monday’s Good Morning America, Zendaya reflected on Tyson’s legacy, sharing that she was “always a fan” of the barrier-breaking film icon, who passed away last week at the age of 96.

“I mean, she’s iconic, she’s a trailblazer and I think without her I wouldn’t be able to be doing what I’m doing,” Zendaya said. “She means I think so much to a lot of us and specifically Black women, so we honor her and are so grateful for everything that she gave us.”

“I think she is immortal in a lot ways, she’ll continue to live on with us through her work and her art,” Zendaya added. “It’s tough but it’s also one of those things where we just celebrate such a beautiful life.”

During her GMA appearance, Zendaya — who made history last year when she became the youngest person ever to win the Emmy for outstanding lead actress in a drama series — also spoke about a responsibility to “lay the groundwork,” like Tyson did.

“Hopefully I can be a part of that change, hopefully be a part of making it easier for the next young woman who wants to make something,” she shared. “It’s our job to continue to keep those doors open that were broken open for us.”

This month, the actress will star alongside John David Washington in Malcolm & Marie. Zendaya says the film, made during quarantine, was extremely special to her and those involved.

“It really is our baby in that way; we did it all together and did it the safest way possible and we all did it really as a family,” she said about the film.