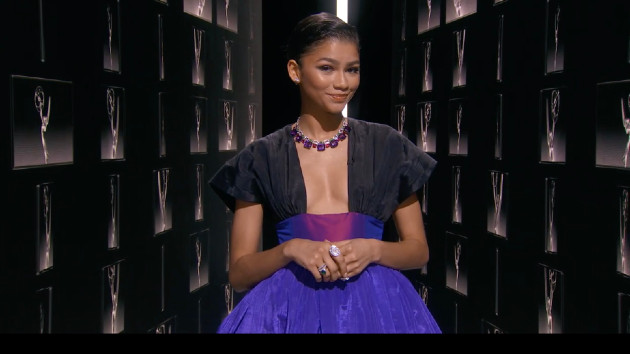 In an conversation with Promising Young Woman star Carey Mulligan for Variety’s Actors on Actors series, the Euphoria star says she still thinks of herself as a “Disney Kid.”

“The thing is, I am,” Zendaya says. “And to a degree, I am grateful for that. That’s where I started, and I learned so much from that experience. It’s just kind of been this slow progression, and I am happy that it’s all been to prove it to myself and not to anybody else, you know? I embrace it a little bit. It’s part of my heritage to a degree.”

Zendaya’s relationship with Disney runs deep. The actress first came on the Disney scene as Rocky Blue on the Disney Channel sitcom Shake It Up. From there, she guest starred on various Disney shows before taking on the lead role in K.C. Undercover as K.C. Cooper, a teenager who becomes a spy.

While fans have seen Zendaya over the years on both TV and film, the young actress tells Mulligan that her “love of acting” actually came from theater.

“[Because] my mom worked at the California Shakespeare Theater when I was a kid,” she explains. “I think it’s always like an actor’s dream kind of a little bit to do something like a play.”

Up next, Zendaya will star opposite John David Washington in Netflix’s Malcolm & Marie, which follows a not-so-perfect couple who hash it out after a movie premiere.

“There were tough days, and it was exhausting,” she says of making the film. “But here was so much family around us, it felt like. We created this set family of support.”